The Conquering of Wenbi Mountain.

On Sunday Brandon and I finally conquered Wenbi Mountain. We talked about it enough, and even attempted it last week but did not succeed. We were determined not to fail this time, but success was not easy. I'd say this was the one of the toughest hikes I have ever done. It was about 3,000 ft of climbing, which isn't too terrible, and took about 6 hours to reach the peak, which isn' that terrible either. The hard part was that there was little to no trails. Most of our trip was straight bushwhacking through the dense forest. If we were lucky enough to find a path it would disappear after a few minutes. We got the impression very few people hike this mountain, and at least not the route we took. But so long a we could make out the peak of the mountain between the tall trees we could forge a path through the tangle of branches, vines and bushes. 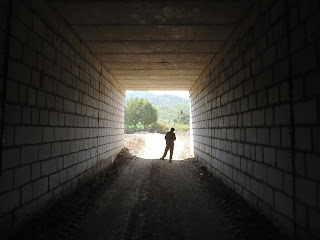 First we had to bike about 15 minutes south of our village. After locking up our bikes by a construction site we set through this tunnel into the wilderness. 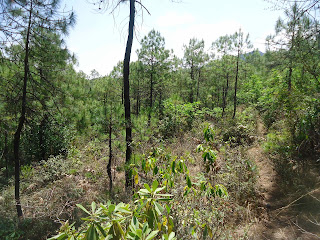 For the first two hours there were some trails cutting through the foothills. We could tell that these trails were not used for weekend hikers because there was no garbage on the path (sad but true) We figured the only other people that might use these trails were people searching for herbs, roots and fungi to be used for traditional Chinese medicine. These kindly folks are steeped in Buddhist and Daoist philosophies and would never upset the balance of nature on purpose. 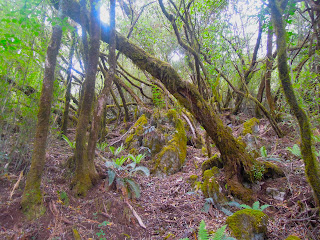 After a few hours we made it through the foothills to the actual mountain. The road quickly turned into a steep incline of loose soil. But everything was covered in moss, and it was very beautiful and magical. 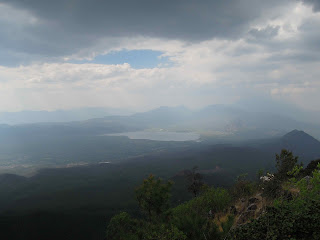 From the lower peak, a view of our home Lashi Lake. 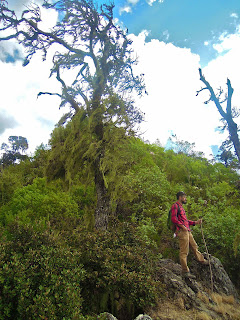 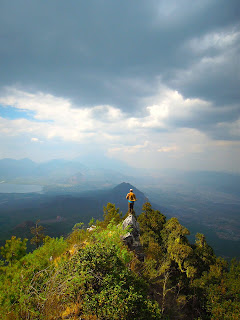 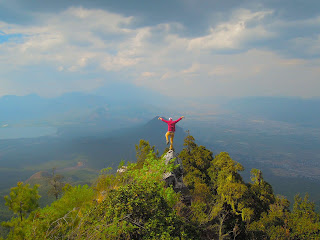 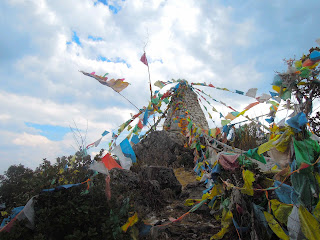 At the top of Wenbi Mountain is this Buddhist shrine. The peak is about 11,400 feet. 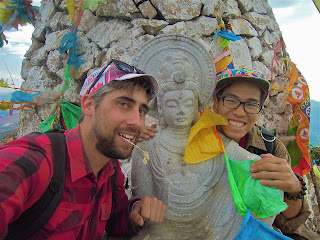 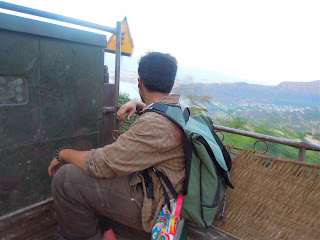 In the end, it got too late to go back down the way we came. Trudging through thick forest in the dark without lights wasn't too appealing. We decided we had to descend down the Lijiang City side of teh mountain instead of the Lashihai side. Only problem was that we locked our bikes up on the Lashihai side. But during our walk down the mountain I flagged down a nice farmer and he agreed to take us down the hill in the back of his tractor. It would have been an tiring trek to the bottom after having already hiked to the peak. Then we made it home and passed out out of exhaustion.