How to turn Two plants into Six plants

I love my neighborhood very much because there are huge lush plants outside of everyones house, on all the balconies, outside every store, in random alleys, vines and bushes grow out from cracks, on top of roof, EVERYWHERE!!! It's like a jungle and I'm a monkey.
So I decided I too wanted plants on my balcony. I bought three small guys and a big hanging one. And I the florist said that I could divide up two of the small guys, and this is how I didz it. 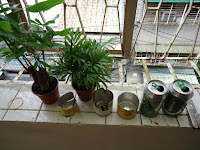 1.) I drank a few beers to really get
into a horticulturalist  state of mined. 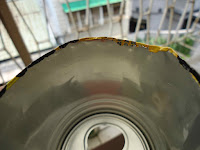 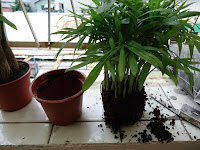 3.) Removed the plant from the original pot and cut it into three sections. 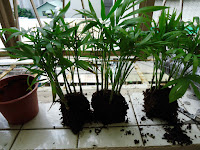 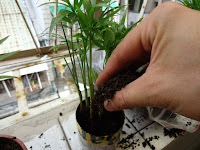 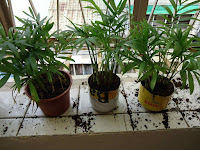 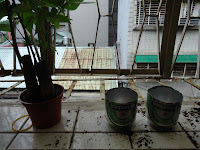 5.) Drank some more beer, got the other plant and repeated steps 1-4. 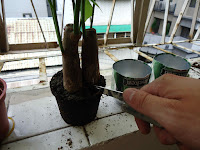 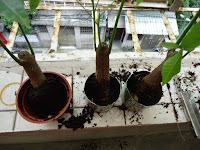 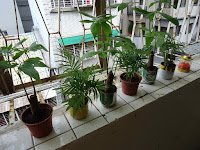 Six plants where there once was only two. 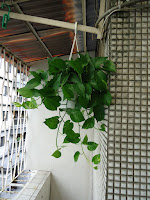 This is another beautiful guy I got at the same time as the others. Now my balcony is even more pleasant than it was before.

Now if'n y'all think you want to do this too, don't just go stuffing bushes into cans. I had to use my so-so Chinese, hand gestures and crude drawings to find out which kinds of plants prefer which kind of beer. As you may notice, the small bushy one is a bit more tropical, so I put it into a Kirin can, a good Japanese beer brewed in a climate the plant is used to. Now the bigger guy is a bit tougher and so might appreciate a good European lager, hence the Heineken.

Email ThisBlogThis!Share to TwitterShare to FacebookShare to Pinterest
Labels: Horticulture